Setting the value chains in motion.

How Cycled reconfigures our view of recycling with AI. 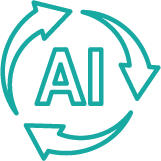 Building a circular economy with AI

If you use social media, you interact with artificial intelligence daily. Tracking several million recycled items requires a system that can self-learn. As Cycled grows, the circular economy grows with it. To ensure that the digital foundation is solid and secure, the AI will grow organically with the company. 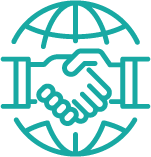 Consumers provide material for recycling operators, and they deliver it to industrial purchasers of raw material. We are in a key position to connect them via our technological platform. By incorporating both value chains in our system, we are able go gain much higher yields from each recycled item.

A stream of waste is passing through our world. Cycled intends to log each piece, and use its digital counterpart to build a data matrix. Knowledge and documentation can make the river of waste change course. This can enable multinationals to stop mining the planet, and start mining our data.

A new streaming service for your smartphone. Cycled Technologies redirects the world’s stream of recyclable material through your phone. And you can reap the profits.

Get the Cycled App 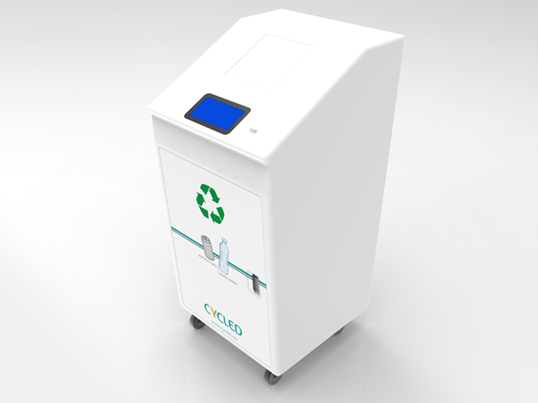 The alchemy of turning silicone into gold

The first is defined by consumers recycling waste, and the second by industrial clients sourcing the processed material. Data from the first two will grow and become a rich seam of gold, buried deep inside the company’s server banks. Once the pilots have been completed, several large scale clients will have ongoing partnerships with Cycled Technologies. Fronting sustainable business models and visibly taking environmental responsibility will become essential factors in their marketing strategies. Cycled Technologies aims to establish a virtual laboratory, in order to provide detailed simulations and training for industrial clients. AI assisted analysis tools will be mining the massive amounts of data generated by the recycling chains, and provide sophisticated simulation scenarios for clients to explore. This will enable them to form detailed strategies for recycling their products, reducing their carbon footprint, and streamlining their customer’s experience. Depending on the nature of the partnership, access to the virtual lab can either be part of a service agreement, or packaged as a consulting engagement. By establishing a solid technological platform right from the start, Cycled Technologies positions itself as an essential partner in the race for a green economy.

Making the dominant species on earth clean up after itself will take time, and require constant development of new technology. Cycled is already committed to the task with several pilot projects. 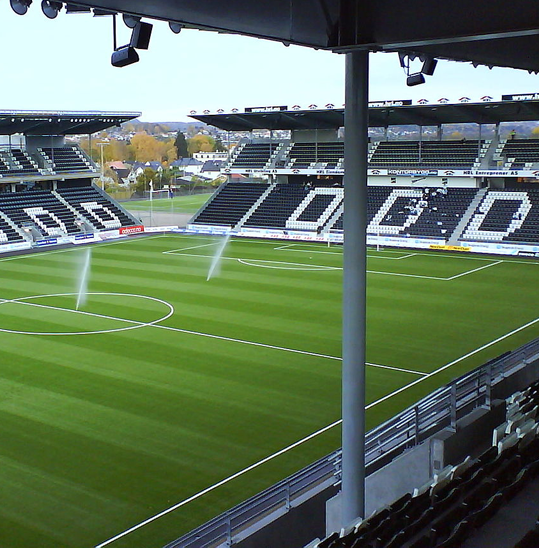 The lowest point in an arena is the level field where the action takes place. The word has its origin in Latin, where «harena» was the name of the particularly fine sand covering the floor of the Colosseum in Rome. The «harena» sand was used, specifically because of its ability to soak up blood. Today’s modern football arena is covered in a well manicured field of grass. Some are natural, but quite a few have synthetic grass, such as the one in Skagerak Arena. Although opposing teams fight for glory there on a regular basis, bloodshed is usually kept to a minimum. Just like arenas from the dawn of time, Skagerak is equipped with rising tiers on all sides. They provide an unobstructed view of the action for thousands of spectators. The common denominator for all football fans, is the sense of unity and belonging that sweeps through the roaring crowds when the ball finds the net. It speaks to our most basic needs, and unites us in both victory and defeat. Another social activity that we like to participate in is the consumption of food, beverages and snacks. Quite often it is possible to do all of these things in a modern football arena, and that creates a problem. At full capacity, Skagerak Arena plays host to 12.000 people, and during the length of a football match, they produce vast amounts of recyclable material. As part of their plan for zero emissions and circular economy solutions, Odd Soccer Club will be deploying SmartBins in Skagerak Arena. The deployment is a pilot project, and the first step towards capturing 100% of all recyclables at Skagerak Arena. There are additional benefits to launching a pilot here. By incorporating the rewards system and gaming elements built into the digital platform of Cycled Technologies, it will be possible to link engagement in the football season directly to the act of recycling. 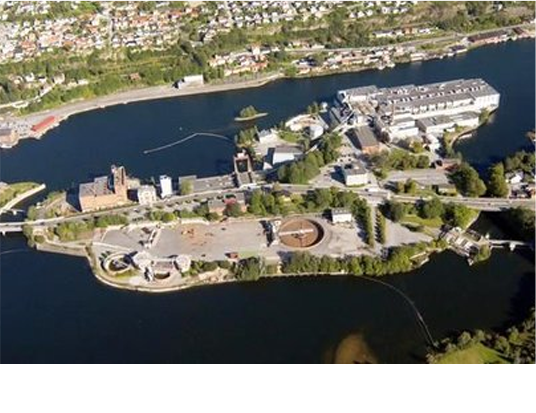 The creation of a turning point

Cycled Technologies is located on an island called Klosterøya, near the center of the town Skien. The name means «Convent Island», in a reference to the convent that was built there in the year 1150. During the 840 years leading up to today, it has seen many uses. Royalty, representatives of the church, and captains of industry have laid claim to the island. The waters surrounding it have also been utilized for different purposes. During the middle ages and the industrial revolution, the river was considered to be a sort of Sareptas Jar in reverse, seemingly accepting any level of waste dumped into it without ever filling up. Today The Bratsberg Group has turned the old factory buildings into offices housing a multitude of businesses, among them Cycled Technologies. The two of them have joined forces, creating a pilot project that aims to capture all recyclable material generated by the island’s tenants. It’s too late to reverse the environmental sins of the past, but hopefully someone living 840 years from now will look back, and recognize this as a turning point.

Would you like to turn a waste problem into a recycling solution?

And make a profit at the same time?

To get closer to CYCLED's every step